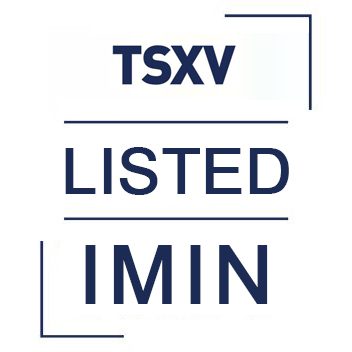 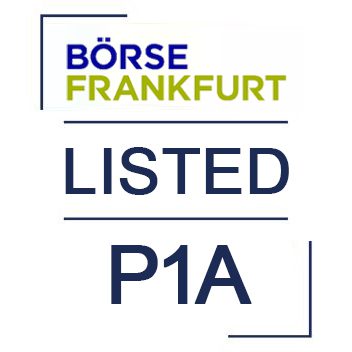 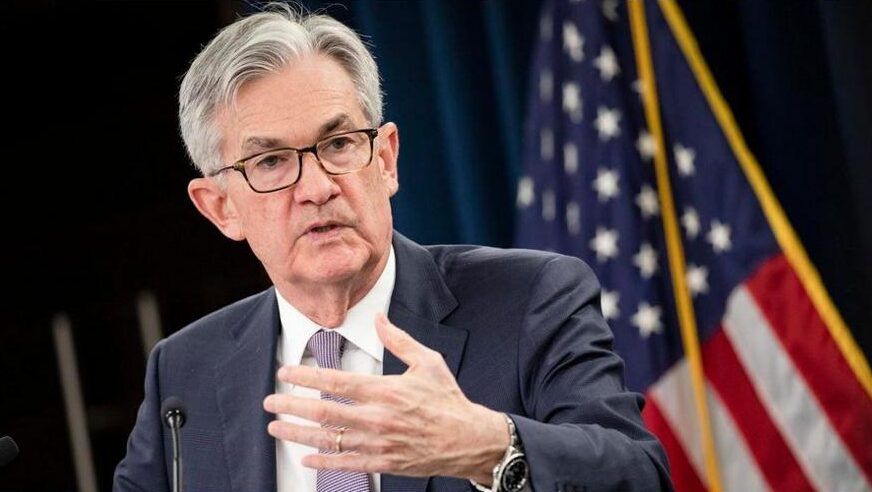 While the Federal Reserve strives to bring down decades-high inflation, perhaps the best economic outcome it can hope for sounds counterintuitive: a growth recession.

That is a situation in which the economy expands at a slower rate than its long-term trend of roughly 1.5% to 2% and unemployment increases, but a contraction is avoided. It may not be the picture-perfect soft landing that Fed Chairman Jerome Powell and fellow policymakers desire, but economists such as Nobel laureate Paul Krugman see it as desirable to ease persistent inflation pressures.

During the Fed’s meeting last week, the committee took several steps to restore price stability. Among these are raising the policy interest rate and reducing the size of the country’s balance sheet. There is no doubt that the federal reserve’s monetary policy is aimed at restoring price stability while preserving a strong labor market. Inflation, however, imposes a significant burden on the poor and those least able to pay.

As the labor market remains strong and extremely tight, the Fed will seek another long expansion to reap these benefits once again.

The labor market is tight due to a temporary rise in the natural unemployment rate, a strong financial position of households, and a pandemic that temporarily exacerbated the natural rate of unemployment. Despite this, the labor force remains below its pre-pandemic trend, but total employment plus posted job openings exceed the size of the workforce by a wide margin. It is estimated that about half of the shortfall in labor force participation is due to retirees during the pandemic and some factors that may fade over time.

The labor market exhibits an imbalance between supply and demand, but the Fed’s monetary policy tools can be used to moderate demand growth. Furthermore, the inflation outlook has deteriorated significantly since June.

The rise in inflation has been much greater and more persistent than many forecasters anticipated. Moderate inflation forecasts looked plausible for a time, but inflation sharply increased in the fall, and since December, the median FOMC forecast for year-end 2022 jumped from 2.6 percent to 4.3 percent.

In response to the global pandemic and the associated shutdown and reopening of the economy, supply chain bottlenecks created a boom in goods demand but a bust in services demand, and sharply rising goods prices. The FOMC expected inflation to cool off in the second half of last year, but it hasn’t quite met expectations. COVID has not gone away, and there are more supply disruptions in the works.

There is a possibility that Russia’s invasion of Ukraine will have significant effects on the world economy and the U.S. economy, depending on the outcome of the situation. Wheat and neon, which are used in the manufacture of computer chips, are major commodities produced in both Russia and Ukraine. The invasion could create spill over effects on the U.S. economy.

The 1970s experience with oil price shocks shows the United States is now better situated to weather oil price shocks than in the 1970s. In  the projections, the economy achieves a soft landing as the effects of fiscal support wane, and monetary policy accommodation is removed.

The historical record provides some grounds for optimism: in three episodes – 1965, 1984, and 1994 – the Fed raised the federal funds rate significantly in response to perceived overheating without precipitating a recession. There is no expectation of a soft landing in the current context, but the economy is strong and poised for tighter monetary policy.

To restore price stability, the Federal Reserve must raise the federal funds rate by more than 25 basis points and tighten policies beyond conventional measures of neutrality.

The Fed’s monetary policy framework emphasizes that longer-term inflation expectations should remain anchored at 2 percent longer-term objective to achieve the dual mandate. Furthermore, as a consequence of the invasion of Ukraine, food, and energy prices are likely to rise further, which will contribute to higher long-term inflation expectations.

Two years ago, millions of people lost their jobs, people became ill, and their lives were disrupted. Today, the labor market is very strong, but inflation is much too high. It is very clear that the Fed is more than doubling down on addressing inflation and this is going to be an aggressive tightening cycle. There are six more FOMC meetings scheduled for this year, so we could see a maximum of seven rate adjustments.

On March 22nd, 2022, the OCED has released a public consultation document on establishing a worldwide tax transparency framework for reporting and exchanging information regarding crypto assets.

Providers of crypto would be required to share their users’ names, addresses, Social Security numbers, and details of transactions between crypto and fiat, as well as among different types of digital assets.

Exchanges would also have to determine the tax residences of new users and be given 12 months to do so for existing clients. Potential new central bank digital currencies and other kinds of electronic money would be included under existing data-swapping rules, under the plans

In October, the OECD plans to finalize the rules based on public comments and will update the Group of 20 leading rich and developing nations.

The move comes as tax authorities across the world attempt to clarify the liability of crypto holdings and the international standard-setter Financial Action Task Force (FATF) seeks to stop anonymous accounts from being used to launder money or fund terrorism.

In the coming weeks, the UK government plans to announce a new regulatory regime for cryptocurrency, focusing on stable coins.

Treasury officials have been in discussions with firms and trade groups, including crypto exchange Gemini, which issues its own stablecoin which is pegged to the dollar.

In a statement issued last Thursday, the Bank of England urged policymakers to reinforce the global framework for regulating cryptocurrencies in order to prevent them from undermining financial market stability.

The biting economic sanctions are pushing Russia towards cryptocurrencies. This is evident with the recent call by its official for crypto mining to be legalized as soon as possible. Both of these decisions represent a significant change from the federation’s position on cryptocurrencies a few months ago.

A hearing was held to examine the use of cryptocurrencies for illicit purposes, with experts in the field testifying, what they said could have huge implications for the crypto industry.

The hearing took place on March 17th and was organized by the United States Senate Committee on Banking, Housing, and Urban Affairs, which consists of two dozen senior US politicians from both political parties. The hearing was quoted as” Understanding the role of Digital Assets in illicit finance and was held primarily because of the concerns around whether Russia is using cryptocurrency to evade the sanctions levied on its response to its invasion of Ukraine. It appears that the hearing was also to some degree a part of the US President’s executive order on digital assets.

Four prominent individuals in the crypto industry were invited to testify before the Senate.

The Senate hearing on crypto crime began with senators on both sides of the aisle talking about how crypto is used in terrorist financing.

Senator Sherrod Brown was the first to speak, and he discussed how crypto is used in ransomware and terrorist financing. He argued that crypto facilitates crime. He said that crypto exchanges overseas weren’t complying with regulations and that this indicates that Russians can use crypto to eschew sanctions.

Next up was Senator Pat Toomey who commenced by saying that regulators should be careful not to impose any rules that restrict the growth of the crypto industry. The lack of regulatory clarity is the reason why so many crypto companies have established themselves overseas. Also, he said there is no evidence that Russian oligarchs have been using crypto to evade sanctions and cited several US intelligence departments as his sources. As far as Toomey is concerned, cryptos should be seen in the context of the Ukrainian side of the conflict, especially how crypto donations have been used to support Ukrainian citizens in need.

Toomey went on to explain how Chainalysis has been able to help the US government takedown thousands of criminal individuals and institutions through the transparency of cryptocurrency transactions. In 2021 Chain analysis crypto crime report concluded that just 0.15% of all crypto transactions are related to criminal activity.

Furthermore, Jonathan Levin the founder of Chainalysis pointed out a very important fact that has flown under the radar of everyone in cryptocurrency. In late 2020, the US government partnered with USDC stable coin issuers circle to send foreign aid to Venezuelan citizens. It appears that stable coins are being used to preserve democracy.

Early internet usage was also rife with criminal activity. We didn’t see regulators crackdown on the Internet at that time. It’s unlikely they would do so now. Michael Mosier concluded with three recommendations on how to reduce crypto crime.

Further Highlights from the meeting

Ukraine’s banks are not as well connected to the rest of the financial system as Western banks and setting up the infrastructure to receive fiat donations may take more than 10 days. By contrast, it took the Ukrainian government 10 minutes to set up crypto wallets and receive donations.

Russian Oligarchs cannot use crypto to evade sanctions due to lack of liquidity, as the only option is to do OTC trades, however, it will be arduous to find a wealthy individual who’s willing to buy a substantial amplitude of sanctioned cryptocurrency.

Criminals are pristinely economic actors who focus on profits and not privacy. They will most likely end up getting caught when they try to cash out cryptocurrency using a platform that requires KYC. In the infamous Colonial Pipeline hack last year, the feds were only able to recover the stolen BTC because the criminals had left their private key on Google Drive.

At last, the crypto industry is starting to see heavily regulated players in traditional finance. There is a possibility that the SEC is waiting for these big traditional finance firms to set up their own crypto custody solutions before it approves a spot Bitcoin ETF.